Serving the Bucks County community since 1955 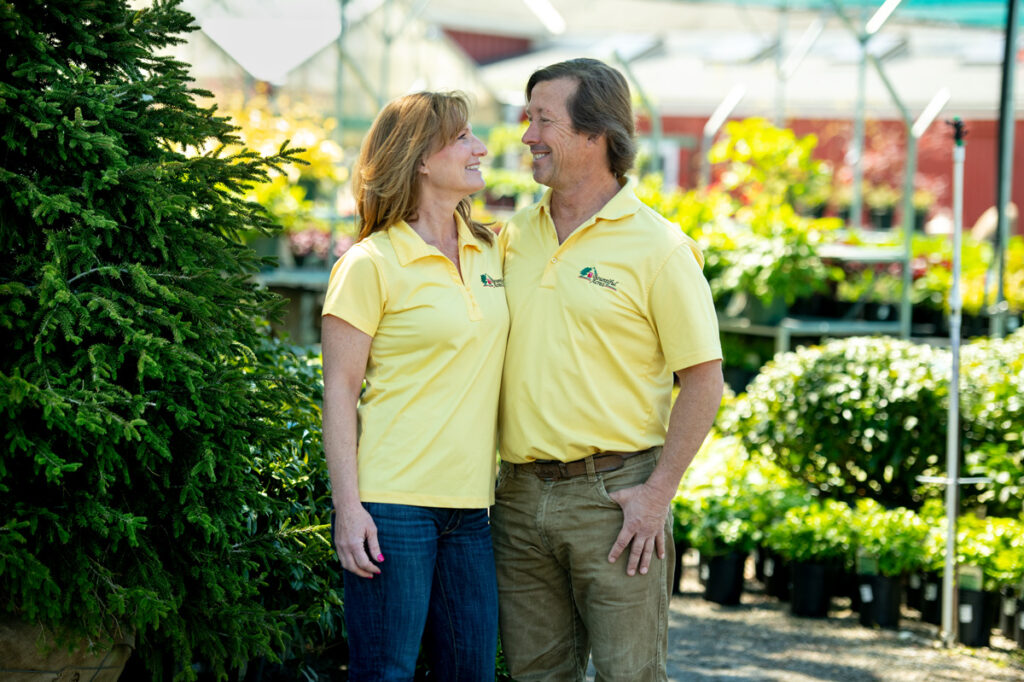 Starting as a roadside produce market in 1955, Bountiful Acres was originally owned by the Jamison family who also built Peddler’s Village.

The Flack family acquired the property in 1983 and began transforming it into the full-service garden center and landscaping service that it is today.

Paul and Rita Flack operated Bountiful Acres with their family while their son David pursued a degree in horticulture at Penn State University.  Upon their retirement in 2007, they turned over the business to David who continues to oversee the operations and the expanding vision with his wife Christine.

Many of the staff have also become part of the “family” with a tenure of more than 20 years.  Additionally, we have multiple generations of staff members, so to them Bountiful Acres is truly family!

As we have expanded, including now growing our own trees locally on a 100-acre farm just down the road from the garden center, we have kept true to our Bucks County roots to provide excellent service to our customers and the community.

Join with our subscribers receive regular updates on events, specials and what’s growing at Bountiful Acres!